Register To Attend The Members Only Mastermind

JOIN or Upgrade To The President’s Circle

GET IN THE CIRCLE

Impact Branding
(504) 905-2249
Send an Email
https://landenconnerphoto.com/
Landen Conner is the Visual Brand Strategist supporting clients around the world.
His work has supported a former senior-advisor to President Obama, 7 figure CEOs, coaches and trainers supporting clients around the world, best-selling authors, and TedX international speakers.
In additions, his insights and images have been featured in the U.S. Christian Chamber of Commerce, Fox News and The Orlando business journal.
He can help any business owner, coach, speaker, trainer, marketer who is insecure on camera and turn that into confidence and authenticity, displaying them as the trusted advisor in their area of expertise, so that they increase their brand expansion, exposure, and attract better quality leads that results in increase revenue. 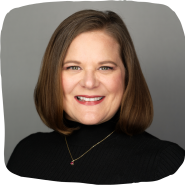 I’m Maribeth Moore.  I am a virtual assistant (and former executive assistant, marketing assistant, and organizational freak). I am also a proud wife and dog lover (I have three big puppers)!

I decided to get back in the game and quickly found that I am “overqualified” for the jobs that are available. I also like being able to work from anywhere. This is when I realized that I needed to go out on my own, and here I am.

My tag line is “My mission is to help YOU succeed!” and I mean it.  Entrepreneurs/Creatives have big visions for their businesses but lack the time to handle all the small details that bring their vision to life. Here at Sondancer Virtual Services, I give you back your time by organizing those ideas and visions into small achievable action steps so that you have less stress, more clients, and more profit. Let me take on those things that you have been trying to get around to doing, but just haven’t had the time

Hi My Name is Michelle Ogden; I am a Certified Financial Planner, Chartered Retirement Plan Specialist & Certified Kingdom Advisor. We have an Investment Firm in Maitland focusing on Purpose-Driven Financial Planning. What is "Purpose Driven" Financial Planning you ask? Good Question, It is unique to each individual...It's a process of self discovery, commitment to continual improvement & surrender to who is TRULY in control (because I got news for you, It ain't you). We focus on Progress and say that "Progress equals Happiness" It is when we are stuck that we suffer the most, and are not a Blessing to ANYONE. Our Mission is to Inspire, Equip & Empower our clients to manage their Time, Talent & Treasure in a manner that glorifies God! It's no longer about ROI (Return on Investment) it's ALL about ROL (Return on LIFE). What were you uniquely gifted to give this World? We must discover our gifts and Give them away Daily! Because you will never have enough time to do all the things in life you weren't created to do... His Yoke is Easy and His Burden is Light... when we are walking with HIM.Believe it or not, Every spending Decision is a Spiritual Decision. God wants you to live an abundant life (John 10:10) leaning 100% on His Provision & Plans for your life. As you can see, this is quite contrary to the MINDLESS ACCUMULATION OF WEALTH that the Traditional Financial Planning models follow. If you are open to a different way of thinking about your precious resources (time, traumas, talents, energy, attention, influence, skills, finances, possessions, just to name a few) Let's Talk!

Krystal Parker is a former executive for a Fortune 200 publicly traded oil and gas company. She has over 25 years of experience in organizational management, leading hundreds of union & non-union employees to provide J.D. Powers, award-winning customer service to more than 2.1 million customers across the U.S...Read More

With nearly 20 years in HR, nine of those in business ownership, Dawn understands the pressures of entrepreneurship. She began her professional career after graduating from UCF with her business degree in 2004. Since then, she has supported hundreds of companies in Central Florida with their hiring and firing needs either as a corporate recruiter, staffing company, or consultant. It was during those years in staffing that the concept of Sipley The Best was born. Instead of the agency experience where they simply do the grunt work for you, STB targets companies that truly care about the culture of the company, dedicated to attracting diverse but like-minded talent, and while choosing to value the team they already have in place. Dawn also has a passion for public speaking and educating both job seekers and employers about best practices in the world of HR.

Dawn is also married to Jason Sipley, her high school prom date living in Sanford with their two children Tawn and Bray. Both Dawn and Jason have deep roots in Sanford and Central Florida. Dawn's great great grandfather, Henry S. Chubb, was 2nd mayor of Winter Park while Jason's grandfather Hugh Carlton was the Principal for Sanford Middle for over a decade.

As a family, Team Sipley enjoys the outdoors through paddle boarding, kayaking, camping, fishing, hunting, oystering, scalloping, foraging, and minimalist hiking. They are also members of Action Church in Sanford, where each of them serve. Dawn also serves the Central Florida Christian Chamber of Commerce as the Ambassador Co-Chair and as a Board of Directors for Act to Act. Through these 3 organizations and a fair amount of speaking events, Dawn is able to serve her community nearly 500 hours annually, while still running a successful HR Firm.